‘Ye guiding Powers who join and part,
what would you have with me?’
Matthew Arnold, ‘Switzerland’

Turning for home, now, across the calm lake’s
readable ripples and flows
by way of slant reeds, its turquoise shallows,
ports of call, the Panta Rhei makes

more distance emerge in its churning water,
lacustrine distance – you said out loud –
today’s sun burning the brighter
come through a morning of banked-up cloud;

and slowly evolving from earlier mists,
the content, the contentment of these days
may still be carried forwards

over such luminous peaks and crests
with yacht sails aflutter about their stays
and reputations going, going, in so many words.

‘The signs that mock me as I go.’
James Joyce

Then towards one pavement’s shadow-zone,
one after another, a grey threaded way
through bürgerliche Gemütlichkeit,
here the eyes don’t mock you;

no, they let you be
alone along the Bahnhofstrasse,
beside Hotel zum Storchen
or the Zürichsee –

as if the ghosts of Emmy Hemmings,
James Joyce in extremis on this same street
had struck up together

with a small guitar, or cabaret
orchestra of pots and pans
au-dessus de la mêlée …

as distanced as the point of view
in a battle scene by Altdorfer –
vortices driven through Alexander’s forces
swarming across that filled valley floor,

the charge, the charge and counter-charge
of factions clashing in a partial darkness,
even if we’re true to one another
and highhearted youth will come no more!

Three holidaymakers by the chalk cliffs on Rügen
are gazing into a spiritual sea
or, later in the century,
a villa with cypresses, dark against dark waves,
it’s haunted by a woman,
the last scion of her family …

Then, as if to mock me as they go,
HEUTE KUNST is the sign I see
placarded there in red & white
on a plain refurbished factory wall
jammed against its commuter-train lines.

It reminds me content carried forwards
might still sustain, now, the drawn-out fate
of peoples, nations, a continent,
which once more has to wait
on resolute, resolving, imaginable words.

4. PICTURES FROM AN EXHIBITION

Amongst heaped Japanese rocks, a flight
of cranes bisects their snowy-cratered,
cloud-drift mountain peak.
It leads the eye to left from right,
a vanishing point or like
its opposite, and might
have raised that pointed question:
where in a visual field would your eye
go to find the future?

Diverted by those words, tonight,
on a path beside the forest edge
over their dormitory village,
its chalked-on pavement cul-de-sacs’
Achtung Kinder! signs at corners,
I scan along pre-Alpine summits
unable to be sure.

For looking must always start from a present,
different depending on who you are –
resisting temptations to oversee
those children at play about street fixtures.

But when one refuses another’s metaphor
and won’t play dead, or play at all,
I stare off at their Altstadt’s spires
to find it exactly where the young’s desires
might coincide on this peaceful scene
suffusing in a warm, an oblique dusk-light
their attenuated pictures.

That’ll be the day when as in a Traum
we took a chance trolleybus
then number 6 tram
for an unplanned pilgrimage into the unknown
suburbs of Zurich, the day when, arrived,
we photographed one solitary
narcissus poeticus flowered on its lawn;

and, memory, that’ll be the evening
of a multilingual menu with deliberate mistakes
muddling cuisines, as in Finnegans Wake’s
gobbledygook dream-work –
laughing at world traumas and foreshadowing our own
homemade Babel from the words’ Schattenzone;

that’ll be the night when
an ill-spelt letter came giving me the sack,
my love life tumbled off a cliff-edge
no-deal withdrawal and, with travel plans in ruins,
we opted on an impulse then to stay …
Oh, that’ll be the day …

Bright globes glow against the Alpine night;
a lamp-lit, canal-side cinder path
takes us between the Interlaken lakes.

Across its head-high railway bridges
chasing back and forth above us,
past moored, gaudy pleasure steamers,
the racket from an express train
clatters a silence come between
that bank with gift shops, grand hotels,
and this one reserved, preserved,
the still village of Unterseen –

and those lit forms, two silhouettes,
they’re our young lovers striding on,
enisled themselves, then gone into the dark …

‘Was it a dream?’
Matthew Arnold

Whether wet umbrage or red pinings,
wreckage from this later love
clutters the bed-sheets like a burning plain;

their future’s come to bits by way of
towels, a lipstick, intimate things
sent as to bristling cities, back home again.

Two ferries arriving and leaving manoeuvre;
slowly their wake-wave-swells
fluster moored dinghies, vicinities of seagulls
riding that disturbance, while over

in Stadelhofen’s tunnel, the full commuter trains
go clattering along their lines
towards Flughafen, Winterthur and environs,
under a cloud, or snow-topped mountains,

with the Panta Rhei diminishing off that shore;
now, about cast shadows on the Seefeldstraße’s
tram-tracks, there’s little else sustains

love’s young all or nothing at all … Still, it remains
beyond a residence permit, and two rail passes,
from what had been so promised, so promising before.

Peter Robinson was born in Salford, Lancashire, in 1953, and grew up in Liverpool. His many volumes of poetry include a Selected Poems (2003), Ghost Characters (2006) and The Look of Goodbye (2008). He was awarded the Cheltenham Prize for This Other Life (1988). Both The Great Friend and Other Translated Poems (2002) and The Returning Sky (2012) were recommendations of the Poetry Book Society. A translator of poetry, mainly from the Italian, The Selected Poetry and Prose of Vittorio Sereni (with Marcus Perryman) appeared in 2006 and paperback in 2013. He received the John Florio Prize for The Greener Meadow: Selected Poems of Luciano Erba (2007) in 2008. The poetry editor for Two Rivers Press, he is Professor of English and American Literature at the University of Reading. Find out more here.

ISSUE ZERO IS OUT 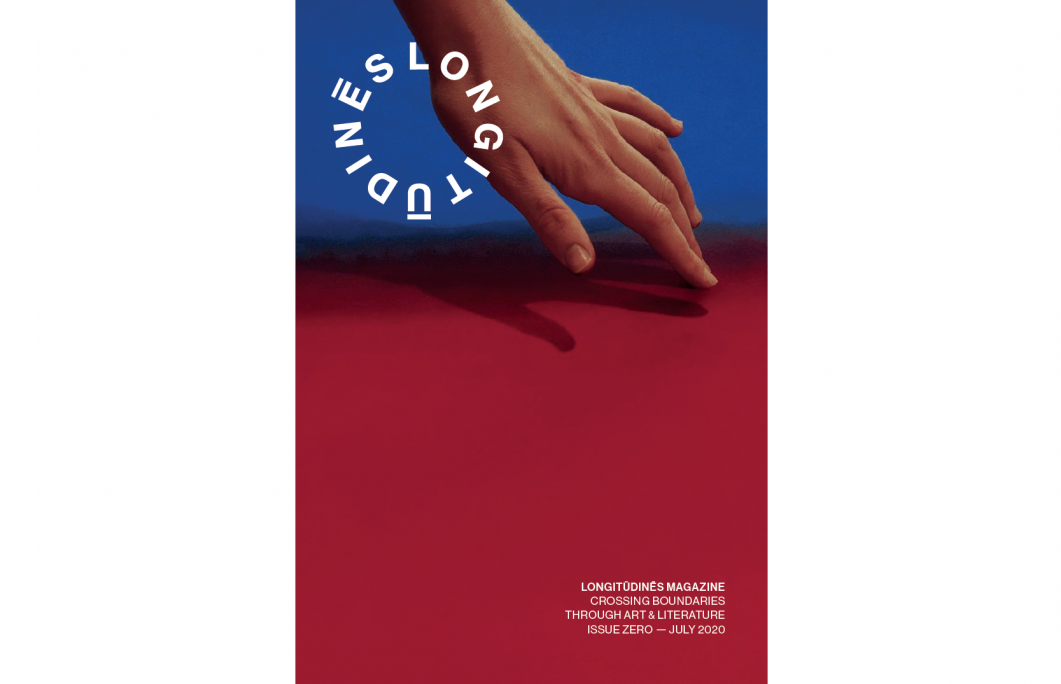 Issue Zero is out

We use cookies to give you the best experience on our website. If you continue to use this site we will assume that you are happy with it.OKPrivacy